Launch of the“Be part of the change” campaign! 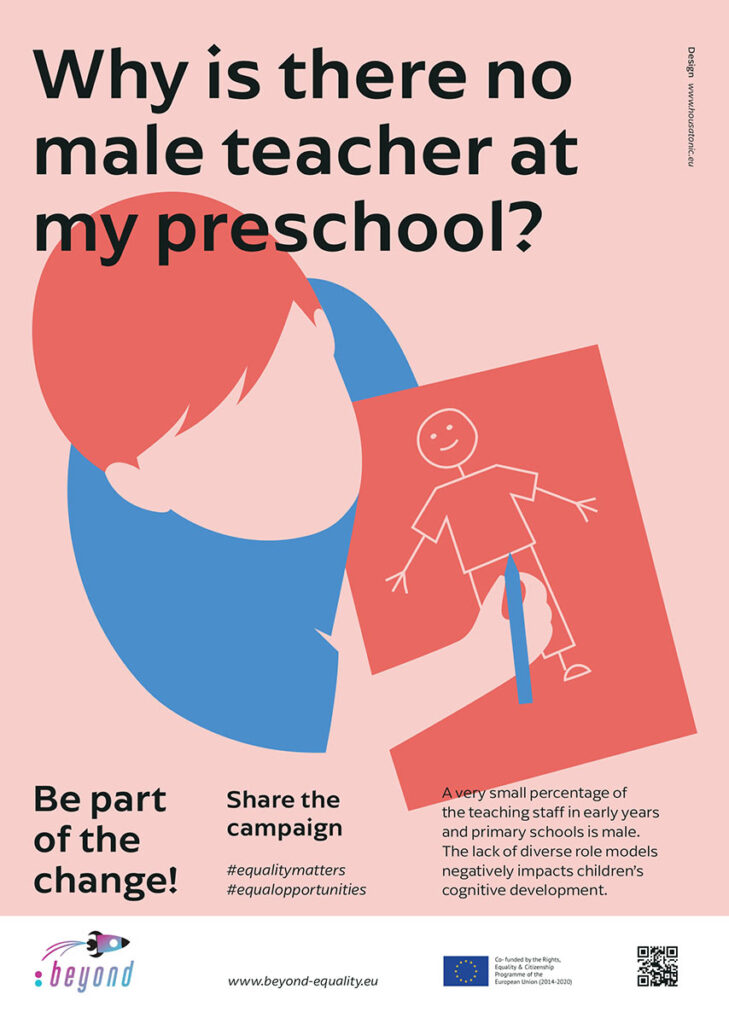 These are the questions that the three posters created for the awareness raising campaign of the BEYOND project ask to the passers bye. They aim to raise awareness of families, educators, decision makers, and the general public, on the issues related to gender representation since early education.

The three posters challenge passers bye to think and reflect about the meaning of gender bias since early age, and on its impact on the development of individuals, as well as on the path for achieving actual gender equality in our societies.

The posters address the issues of gender bias and stereotypes from different perspectives: the biases present in the Early Childhood and Education Care environments, in the higher education system, in the job market. Furthermore, they aim to address and deconstruct the stereotypical narrative that surround males and females, that is reproduced both in the public and private spheres, directly affective the cognitive growth of boys and girls.

They are now available to be downloaded in English, Italian, Bulgarian, Lithuanian, French, Greek and Russian from the Be part of the change section of this website.

Soon enough, you will be able to see the posters in the main Italian, Bulgarian, Lithuanian and Greek cities, hanging nearby schools, supermarkets, play areas for children, universities and important urban sites!

Stay tuned for the next steps of the BEYOND Be part of the change campaign!